Here's why Lincoln converted to LEDs

Both photos taken at 9 p.m., Tuesday, September 19, with an iPhone 6. Camera is 50 paces away from the subjects. No filters or photo editing were used. 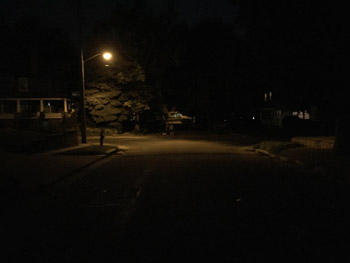 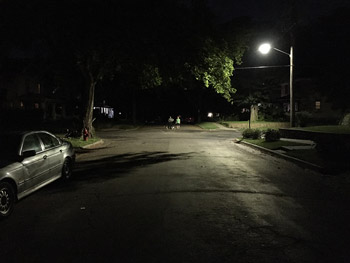 The conversion project was paid for with the City cash fund. Lincoln entered into an energy service performance contract with Schneider Electric of Carrollton, TX to fund the project from energy and maintenance savings. The $12.2 million cost is projected to be repaid in in 10 to 12 years dependent upon future adjustments to Lincoln Electric System's (LES) energy and maintenance rates.

Submit questions about the project to Frank Uhlarik, Sustainability and Compliance Administrator, at fuhlarik@lincoln.ne.gov.