Mayor Beutler invites you to roll into the future

Lincoln residents were invited to ride on an autonomous shuttle this summer as part of the City's study on implementing the technology downtown. A loaned Navya electric shuttle was in Lincoln for testing at Innovation Campus, and the public had an opportunity to ride it and share their thoughts. 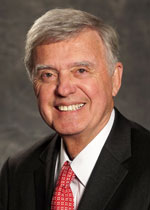 When a driverless shuttle bus hits the streets of Lincoln, Neb., this summer, it won’t just be a milestone moment for autonomous vehicles. It could also be a turning point for how mid-sized cities think about transportation . .

That’s the start of a Bloomberg Cities article that is driving national interest in our City’s plan to run on-demand autonomous shuttles in the downtown area.

Lincoln was named one of 35 “Champion Cities” competing for $5 million in start-up funding from the Bloomberg Foundation because our autonomous shuttle project could be a national game changer.

The competition for the $5 million is fierce. Our fellow champion cities have submitted compelling ideas that offer solutions to some of the toughest challenges communities face.

That’s why we need your help.

A key criteria for Lincoln’s application in the competition is to gather feedback from city leaders on the project.

Toward that end, we are offering you the opportunity to ride Lincoln’s autonomous shuttle prototype. Citizens of Lincoln will be able to ride on the shuttle this summer and provide the feedback we need to win the Bloomberg competition.

We are on the cusp of an historic first that will have a tremendous impact on Lincoln’s future. The first on-demand autonomous shuttle can serve to showcase Lincoln as a national leader in technology innovation, drive new talent to our University, and new investment to our community.

Come help us make history. I look forward to riding with you. 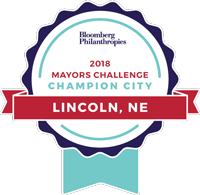