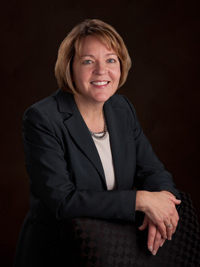 Jane was elected to the Lincoln City Council, District 3 - covering central and southwest Lincoln, in May of 2015. She is committed to smart, sustainable growth, common sense budget practices that keep city government accountable, advancing renewable energy opportunities, and safeguarding city services - including the libraries, parks, pools, schools and trails that make our neighborhoods vibrant and attractive.

Jane is a fourth generation Nebraskan and was born and raised in Lincoln. She graduated from Pius X, received her undergraduate degree from Creighton University, and then went on to receive her graduate degree from Georgetown University. Jane works with her family at their employee owned grocery business, B&R Stores (Super Savers, Russ's Markets and Apple Market) as vice chairman and director of buildings and equipment - overseeing capital investments and real estate developments, remodels and construction , and property management. B&R Stores is one of the first employee owned companies in Nebraska, and is the largest independent grocery operator in the state.

Jane has been recognized as one of the 'Top Women in Grocery, Senior Executive' [Progressive Grocer Magazine, 2010] and is a member of the National Grocers Association Government Relations Leadership Council - providing her experience advocating for business in both the US Senate and House of Representatives.

Jane has been engaged and involved in our community for many years and on a number of boards. She is a former board member for the Friends of the Mary Riepma Ross Media Arts Center at the University of Nebraska—Lincoln. Jane was appointed by Mayor Chris Beutler to the Community Health Endowment of Lincoln Board of Trustees and served for two years. She was also on the Lincoln Chamber of Commerce Board of Directors and served on the Clyde Malone Center Board of Directors for 7 years.

In the public sector, Jane was a Lancaster County Commissioner from 2010-14.

Jane's husband of 35 years, Jose Herrero, is an attorney and a certified court interpreter for the State of Nebraska. Their son Gabe and his wife Marie live in Chicago. Jane and Jose's daughter, Clara, and her husband Micah, along with their beautiful new baby Paloma Jane, reside in Los Angeles.